Why Being Skinny Used to Be Easier 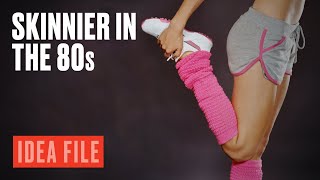 More than a third of adults in the United States are obese. This statistic is often attributed to a confluence of unhealthy dietary practices, sedentary lifestyles, and genetics. But we may be missing the bigger picture.

A 2015 study revealed that people today are 10 percent heavier than they were in the 1980s—even with the same diets and exercise regimens. A new episode of The Idea File investigates the plethora of complex factors that may be contributing to our increasing BMI, including a changing microbiome and toxic chemicals in the environment.

Latest From The Blog

What Our Readers Are Saying